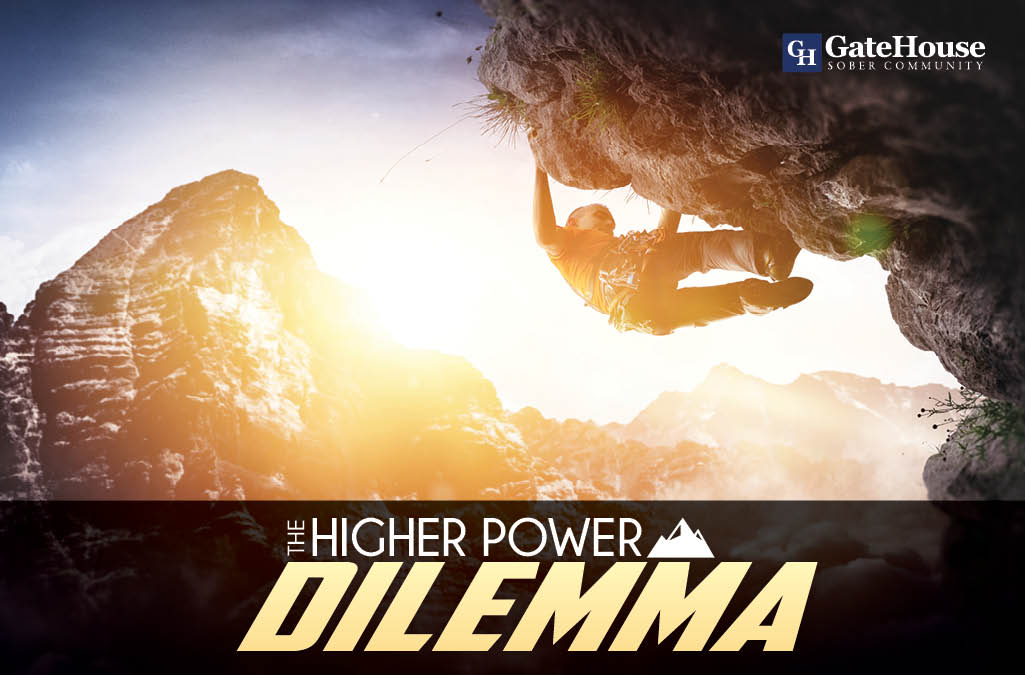 You may ask yourself, “Is AA Religious?” God is defined as “the supreme or ultimate reality,” by Merriam Websters Dictionary. The key component to this is the word reality. Whose reality is it referring too?

The 12-step fellowships make one thing clear: God, as referred to at meetings and in the literature, is a Higher Power of your understanding, not belonging to any religion, sect, or denomination. Choosing your Higher Power is your reality in its entirety.

The book “Alcoholics Anonymous,” more commonly referred to as the “Big Book” is the genesis of the 12 steps. Written by a group of recovering alcoholics in the 1930’s, who at first were hesitant to include the word “God,” eventually added the term under the leadership of Bill Wilson.
In the text, the fourth chapter of the book, “We Agnostics” addresses the fear of accepting a “God” or a “Higher Power” through the program. According to the literature, it is not a monumental obstacle as many make it out to be. There are pathways for anyone to come to a place of faith in a Higher Power, whatever that may mean to the individual.

Typically, we see that there are two common reasons behind a newcomers apathy towards the idea of a Higher Power. The things we are taught and those we have experienced all influence our beliefs today.These two reasons are why many ask; “Is AA Religious?”

We assume by default, the concepts of our parents. Many of our beliefs today come from what we were taught as children by family, educators, and trusted friends. Our environmental influences play a large part in how and what we think today. If a child grows up in a Muslim or Christian family, the child typically adopts these beliefs until later in life. If the parents have no religious or spiritual beliefs, then usually the children assume that. While some carry on their childhood ideologies through life, we see many times that addicts develop resentments towards religion as a whole and always ask is AA religious? Newcomers to the program come in with intense adversity towards religion and more specifically the word “God.”

Many of us finding recovery have experience tragedy in one form or another. There are two kinds of tragedies: personal and non-personal. Personal tragedies are the ones that affect our emotions or physical self directly. Non-personal can be anything from occurrences in the lives of our neighbors or co-workers to national or global incidents.

Three central tragedies befall us: death, divorce, disease. These events stir up emotions of worthlessness, hopelessness, and despair. We often lose faith during these trying periods of time in our lives. We find ourselves asking “why me?”

The fellowships of Alcoholics Anonymous and Narcotics Anonymous teach that these tragic events are not punishments in our lives, even though they might feel that way at the moment. We learn through repeated practice of our faith in a caring and loving Higher Power that we are instead being taught a valuable life lesson that will show us how to cope and persevere through a much more significant calamity later in life.

While it could bruise our ego’s, part of working the 12 steps we are also asked to identify and acknowledge the role we play in every occurrence in our lives. What actions or behaviors of ours contributed to the tragedy happening? What can we change to avoid this from happening again in the future? It is crucial for our peace of mind to be able to find humility and recognize our part, in any event, we find discomforting to us.

Still, many newcomers find themselves examining past tragic events, blaming a Higher Power, and questioning if there is such an idea of an unconditionally loving God while asking; “Is AA Religious?”

Injustice is a core component of tragedy.

There are many facets of life where we wonder why our Higher Power would even allow such suffering. Poverty, murder, abuse, rape, famine being among them. How can we acknowledge our part in these situations?
Sometimes all our part turns out to be is our perception and reaction to such events. It is essential to assess how your coping mechanisms worked in response to injustice. The program teaches that is all the control we have in certain situations.

As You Understand Him/Her

According to the Alcoholics Anonymous Big Book, the fellowship gives us power in choosing how we understand our Higher Power.

“Much to our relief, we discovered that we did not need to consider another’s conception of God. Our own conception, however inadequate was sufficient to make the approach…”

This gives us the power to choose a Higher Power that fits our needs.

The idea that we could fire a concept of “God” that wasn’t working for us was profound for many. We could make up and use our own idea! It could be as simple as nature, a universal intelligence, or even the fellowships consisting of millions of people who have recovered from drug addiction and alcoholism. The word “God” was not required. Just something greater than ourselves. Many have successfully used the starting point of the people in the rooms as a collective Power greater than themselves.

If a person walked into a room full of people and announced that he had left $10,000 in a brown paper bag outside of the building in the garbage can by the entrance and then just walked out of the room, several things would happen. Some of the people in the room would say that’s not possible. They would take no action. There would exist others who would check. That means they didn’t believe but were willing to consider. It is taking action in the face of doubt.

This all adds up to the God question reduced to a simple fact. If you are willing to believe that this program of action and the millions of people that have gotten sober can help you not drink or use drugs one day at a time, you can now move on to step 3 and stop focusing on the question: “Is AA Religious?”

“As soon as a man can say that he does believe or is willing to believe, we emphatically assure him that he is on his way. It has repeatedly been proven among us that on this simple cornerstone a wonderfully effective spiritual structure can be built.” Pg. 47 Big Book