Over the Counter Medications to Avoid in Sobriety 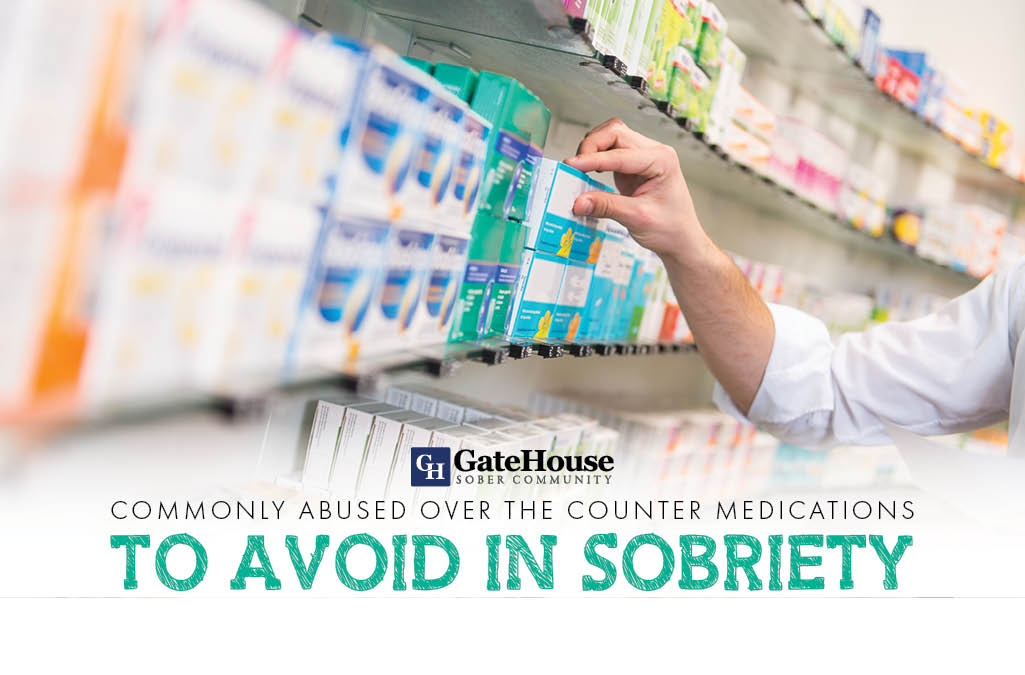 DXM Over the Counter

Dextromethorphan is the active ingredient in many cough and cold medicines along with other active ingredients like acetaminophen (Tylenol) and antihistamines. When DXM is taken in its proper doses, it will help soothe a cough. When it’s taken in excessive doses, it can cause hallucinations. At high doses, dextromethorphan is classified as a dissociative general anesthetic, and hallucinogen, like ketamine and PCP.

While taking cold medicines containing DXM as recommended, there is no potential for any of these side effects. As addicts and alcoholics, we often struggle with proper dosing of medications even ibuprofen and Tylenol can be abused. Wanting immediate relief from feeling under the weather can lead to abuse of cold medicines containing DXM, mixing them with other cold drugs can also cause an overdose on some of the ingredients. Mistreatment of over the counter medications containing DXM are referred to as ‘robotripping’ from abusing brand name cough medicine, Robitussin. Or Triple C’s from people abusing Coricidin Cough and Cold Medication. While teenagers most commonly abuse DXM, it is also abused by people trying to circumvent their recovery by getting a “legal high.”

Some of the side effects of DXM abuse can include:

Signs of a DXM overdose are:

If you see someone exhibiting any of these symptoms and believe they are abusing DXM, call 911. If you believe that you would abuse a cough medicine containing DXM, it’s best to avoid them all together and look for better alternatives for treating symptoms of a cold.

Pseudoephedrine is an over the counter decongestion medication. It is also used in the illegal manufacturing of meth. Pseudoephedrine doesn’t produce a high when taken at normal dosage amounts. When pseudoephedrine is being abused can produce a stimulant high in the user, somewhat similiar to a methamphetamine high.

People abuse pseudoephedrine in hopes of losing weight, and as a stimulant to get a euphoric feeling from it. Pseudoephedrine is closely related to Ephedrine which was a common ingredient in many diet pills. Although Pseudoephedrine can be used for weight loss, it’s not a good idea for someone in recovery to rely on a pill to do something for them. When we feel like taking the pseudoephedrine isn’t working as well, we will likely up the dosage and begin abusing it. Taking any medication other than how it’s recommended to be taken is abuse.

Common signs of pseudoephedrine abuse are:

While there isn’t much of a physical detox from pseudoephedrine, it can be uncomfortable for a person to experience withdrawals from it. If you believe that you are abusing pseudoephedrine, there is treatment available for you.

Diphenhydramine is the main ingredient in allergy medicines like Benadryl. Benadryl is used as a sleep aid, for symptoms of the common cold and tremor in parkinsonism, and motion sickness. When diphenhydramine is taken in the recommended dosage, it can cause certain side effects such as:

Some people end up taking too much diphenhydramine because they feel the dose isn’t working well enough. Taking more diphenhydramine before the last dose is fully metabolized out of your body is dangerous. When diphenhydramine is taken in large doses on purpose to get high from, it can produce dangerous hallucinations and has stimulating properties when taken at higher doses than recommended. Some side effects of abusing diphenhydramine are:

Imodium is a common over the counter medication used for its anti-diarrheal purposes. Imodium abuse is increasing due to its opioid-like effects on users. When Imodium is taken as it should be it helps to treat cases of sudden diarrhea, it has no euphoric effects on the user, when it’s abused loperamide acts as an opiate in the brain.

When someone is using Imodium to get high, it is similar to an opioid high where users experience euphoria, sedation, and drowsiness. It is also possible to overdose on Imodium like any other opioid, but Imodium overdoses have been known to cause cardiac arrhythmia instead of respiratory depression like a common opioid overdose.

Some people also try to treat their opioid withdrawal symptoms with dangerously high doses of Imodium, which can prolong the withdrawal and cause more damage to the user. The amount of harm that Imodium abuse will do to you only increases with the more it’s abused, you can die from an Imodium overdose.