Euphoric Recall: What is it and why is it a Danger? 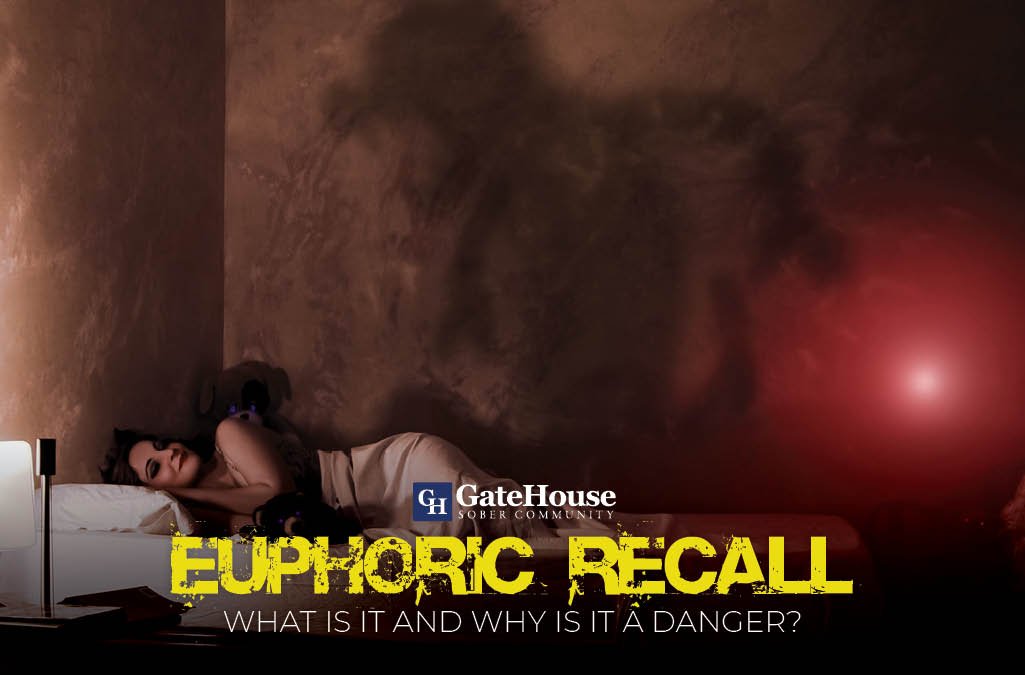 I remember in 2010 walking into a halfway house that I was both the owner and a resident of and being mortified at what I saw. The core of guys that had been there for a while were posted up in the living room. With them was a newcomer that we had just pulled out of active addiction the day before watching the movie “Requiem for a Dream.” If you haven’t seen it, watch it at your own risk.

In a nutshell, it’s the darkest and tragic of love stories about two teenaged heroin addicts in love. It’s graphic on many levels. I had seen it before and told myself I would never watch it again. I had just suffered a rough break up where the girl I had been dating started using and had been lying to me about selling herself in the streets. The movie depicts a desperate young girl doing what she must to get drugs behind her boyfriends back. The moment I walked into the house and saw that movie on it was as if a poisoned dagger had pierced my soul. That’s euphoric recall in reverse.

What is Euphoric Recall?

I placed myself in the shoes of the kid who had just been pulled from a hit house. I knew that the heroin shooting scenes in the movie could easily have the opposite effect on him. Only the heavenly rush would be remembered, even experienced just by seeing it. None of the hellish consequences come to mind in a euphoric recall moment.

An Inside the Alcoholic Brain blog on “The Psychology and Neuropsychology of Alcoholism, Addictive Behavior and Recovery” cleverly describes “Euphoric Recall” in the following manner:

“It is like a psychotic caregiver who is convinced the best way to survive is to employ a way of living that is destined to take your life away and then kill you.”

“This article showed that the “euphoric recall” often mentioned in recovery circles is not only instantly retrieved from memory but is immediate. The euphoria is re-experienced rather than recalled. It is re-felt through brain frequency. Thinking about drinking activates a similar brain frequency to actual drinking.”

Are Euphoric Recall and Triggers the Same?

This triggering can come from anything, a smell, a song, a movie scene, or a person. This is why we are warned of “People, Places, and Things.” So often in some fellowships. I believe in triggers on an emotional level that can always be present for unresolved issues. Triggers from a recovery perspective are a trickier thing. The scientific and medical fraternities do not line up with the recovery community on this subject.

In the recovery world, there are no such things as recovery triggers. A person either has the “obsession” to drink or use or they do not. At a certain part of the recovery process (after step 10), the obsession is promised to be removed. “We will no longer be tempted or afraid. We recoil as if from a hot flame.” (Big Book pg. 84-85). The literature speaks of being able to go anywhere free of the worry of getting “struck drunk or high,” but this is only after becoming “Recovered.”

Knowledge is Power, now Apply it

Until that state of recovery is achieved through the latter part of the step work process here are some tips:

If you have a euphoric recall or trigger moment:

All of these are temporary tactics that will work if they are used at the appropriate time. Most importantly thoroughly working a program and carrying the message can remove these moments from the equation entirely. The literature promises that these events are a sign of a spiritual work that is undone. People in long-term recovery working the daily disciplines don’t have days where they “accidentally” get high or drunk. It takes work, but it can be done.